Ponds of mud and Rose water, and burst of flame light all over the city making people as moving muddy sculptures. People who have held “Gelmalan” or “Kharre-Mali” ritual in Khorramabad, a city sheltered among the Zagros Mountains of Southwestern Iran, use mud as a sign of their grief over the death of Imam Hossein.

Gelmalan ritual is a tradition that has been holding every year at the anniversary of death over 1,300 years ago of Imam Hossein, grandson of the Prophet Mohammed. The holiest day in Shiite Islam, Ashura. Many men and women early morning in the day of Ashura go towards the ponds and wallow themselves in, from head to the toe in brown mud and stand near flames to dry the mud. Then moving in large and small mourning bunch, like muddy sculptures.

This ritual have several adherents in other cities of Iran, but some people believe that superstition has penetrated in it.

Passing the years religion has been under the different changes effecting by different individual attitudes. Some governments abused the religion and people tension as a power to dominate them totally. Although this ritual is held in just some cities, to me it is a symbol of some hidden truth all over the country. The truth which a religious government is not interested to demonstrate, and endeavor to weaken the evolution of rationality and strengthen superstition. It is not crystal clear whether the remains of religion today are the reality of religion in 1400 years ago or not. The religion that in many people ideas believing in, is as hard as holding a fireball in hand and it has its facts hidden under the mud. 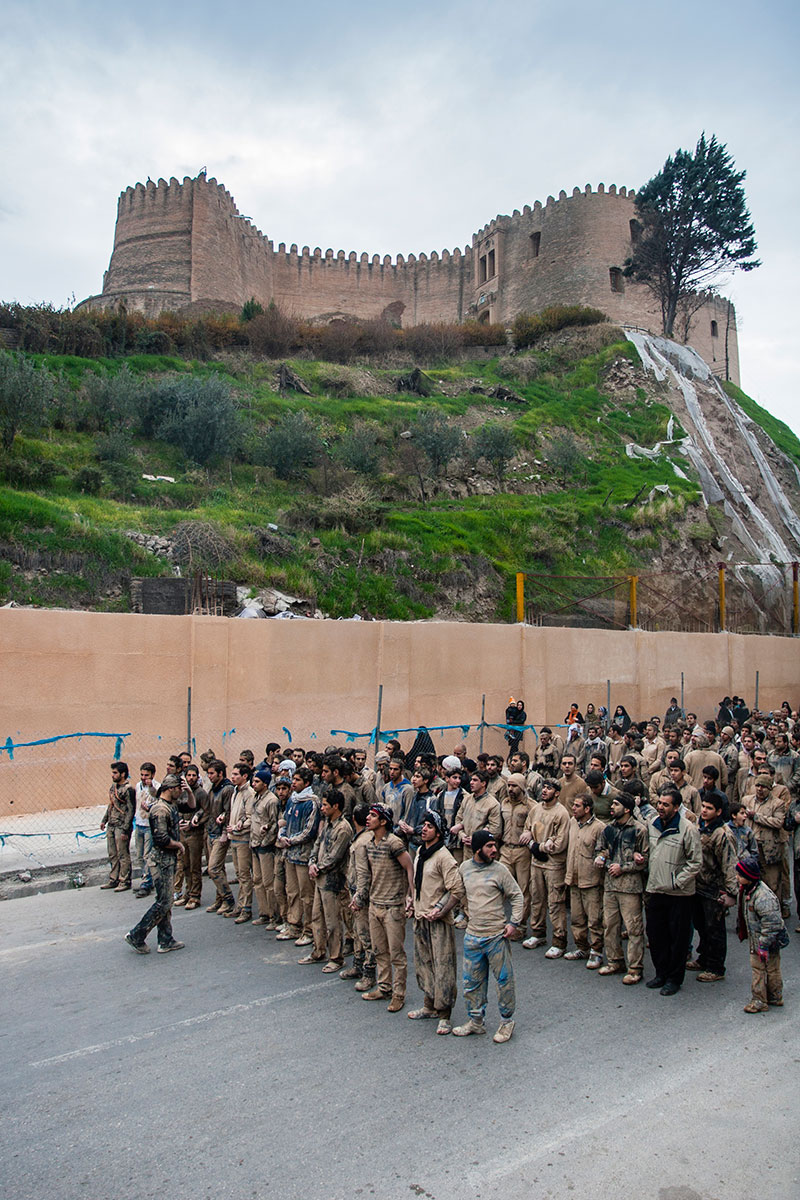 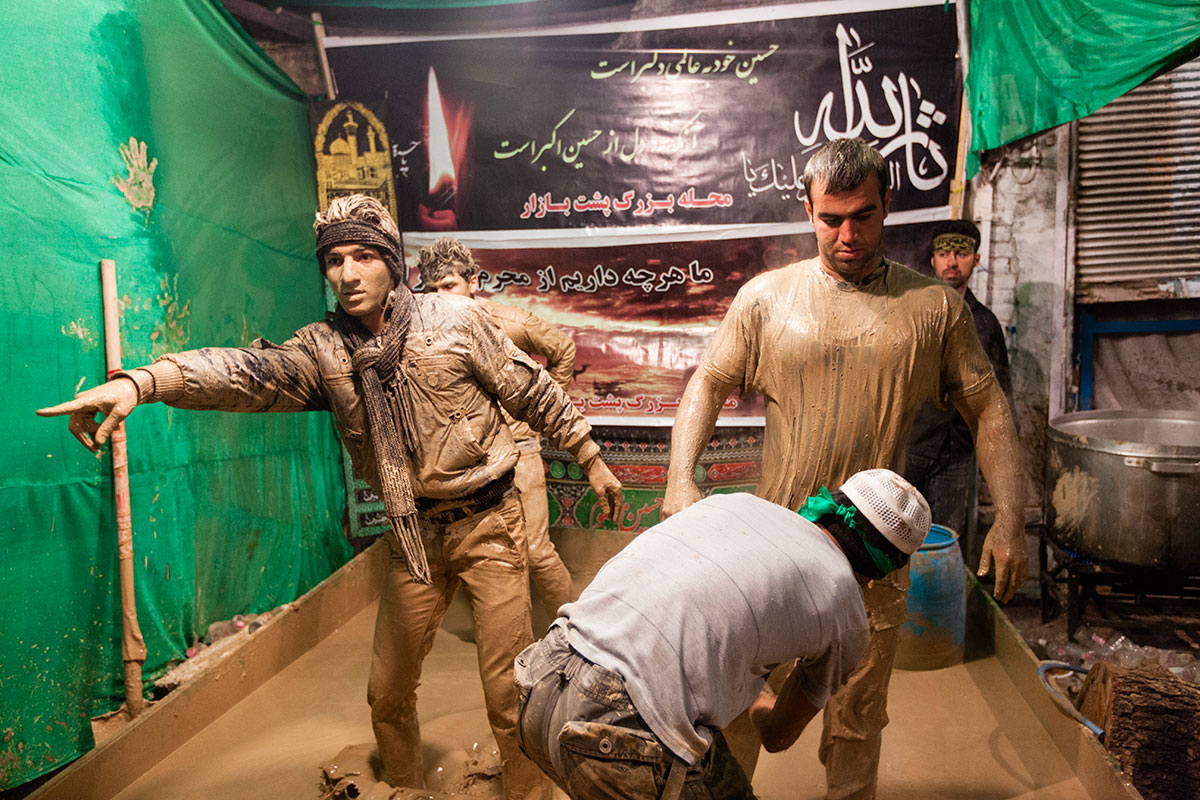 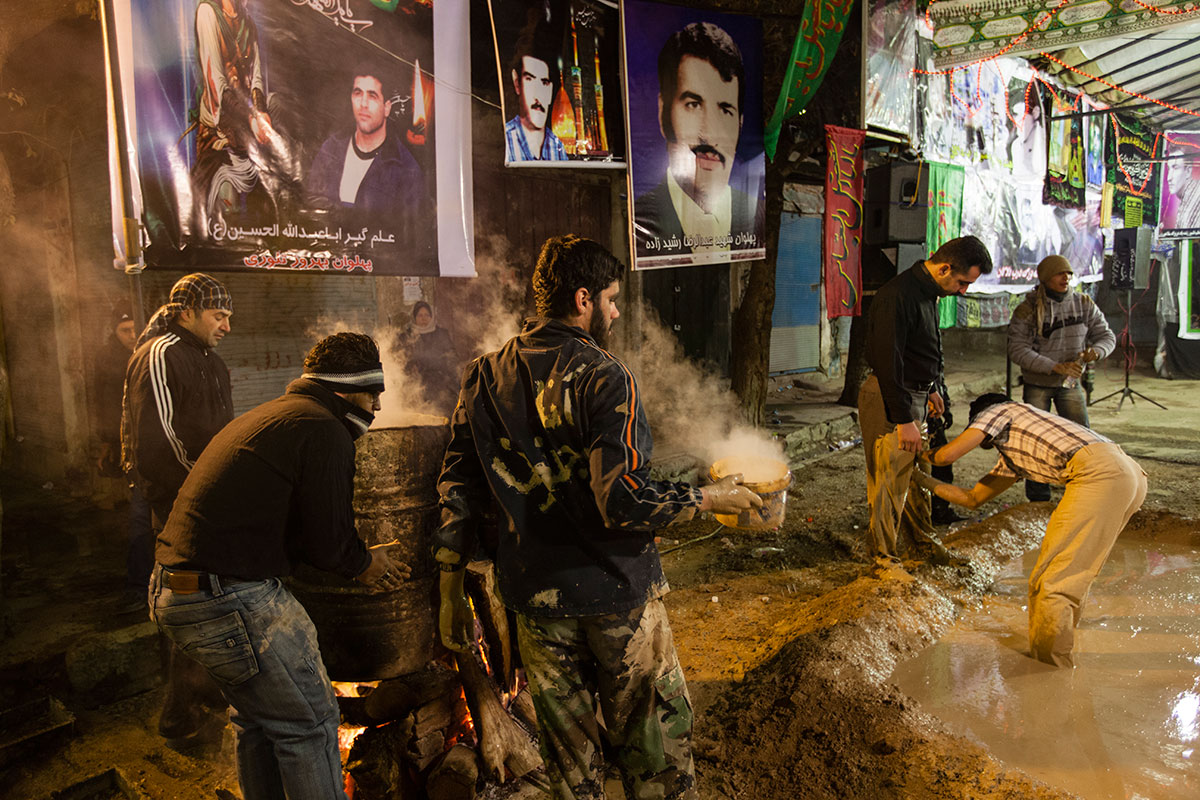 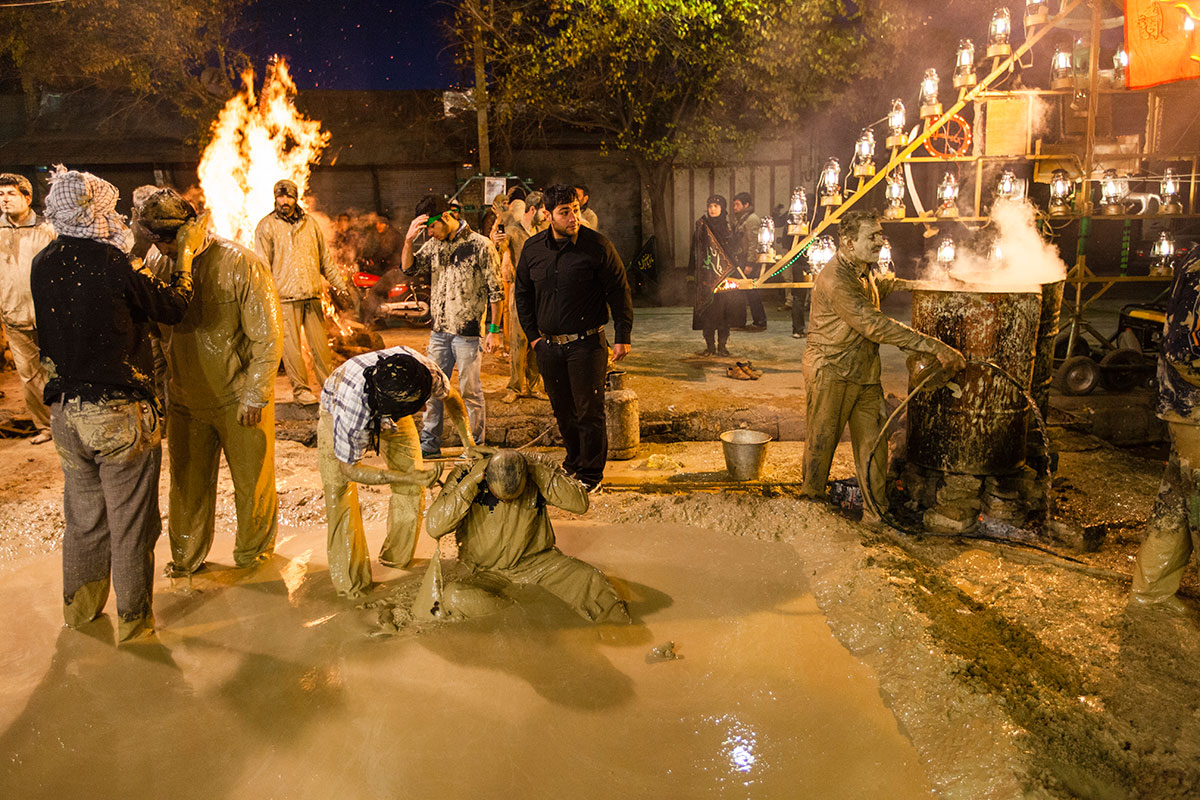 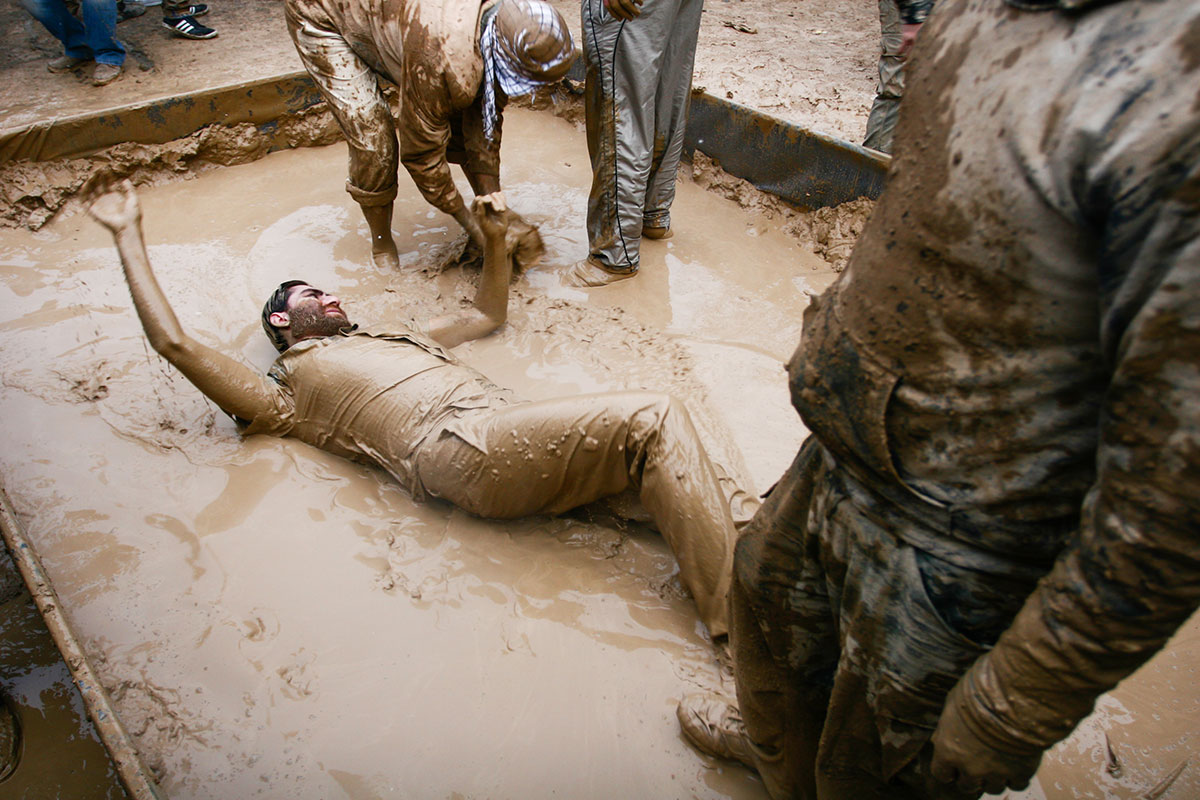 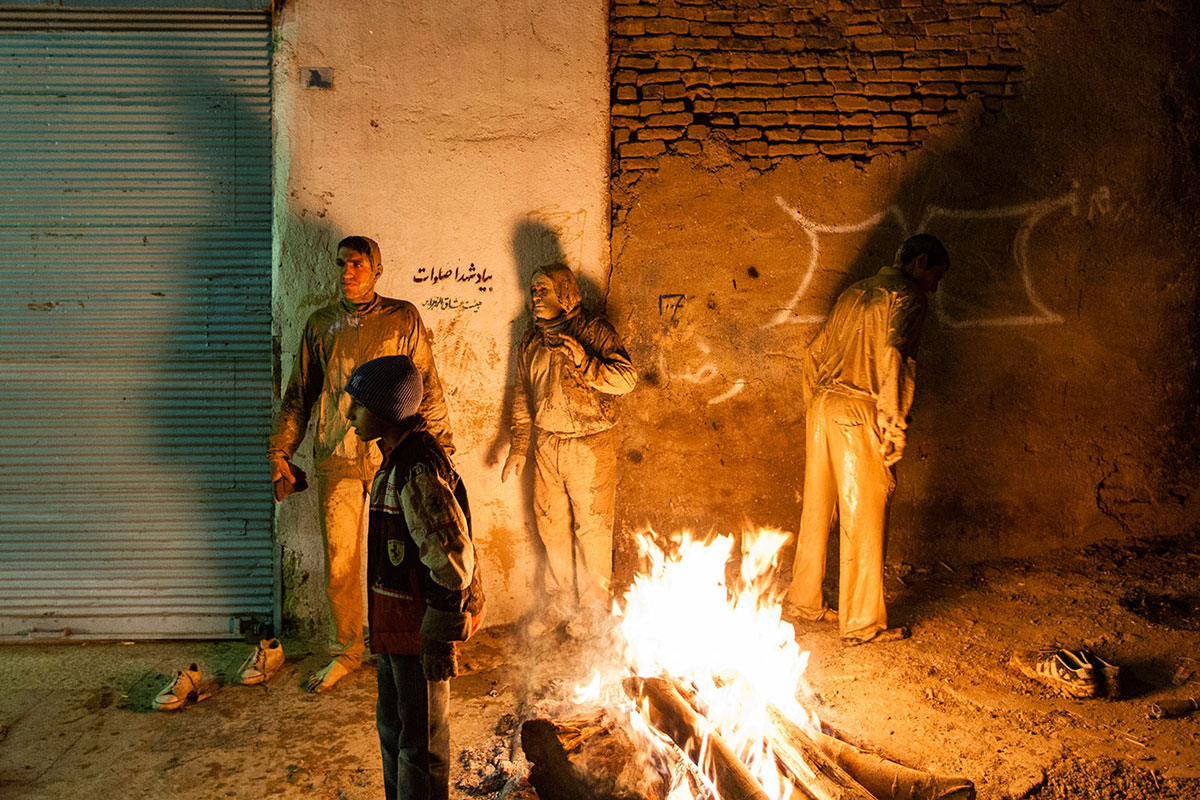 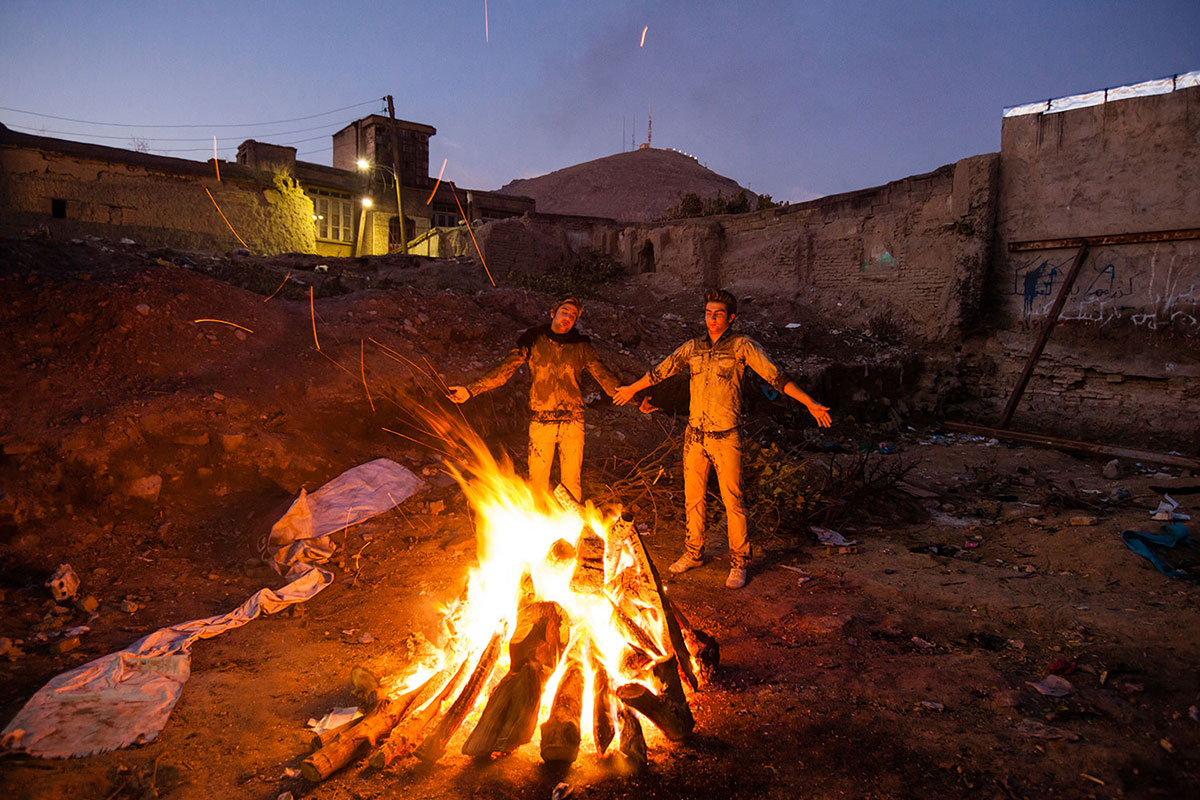 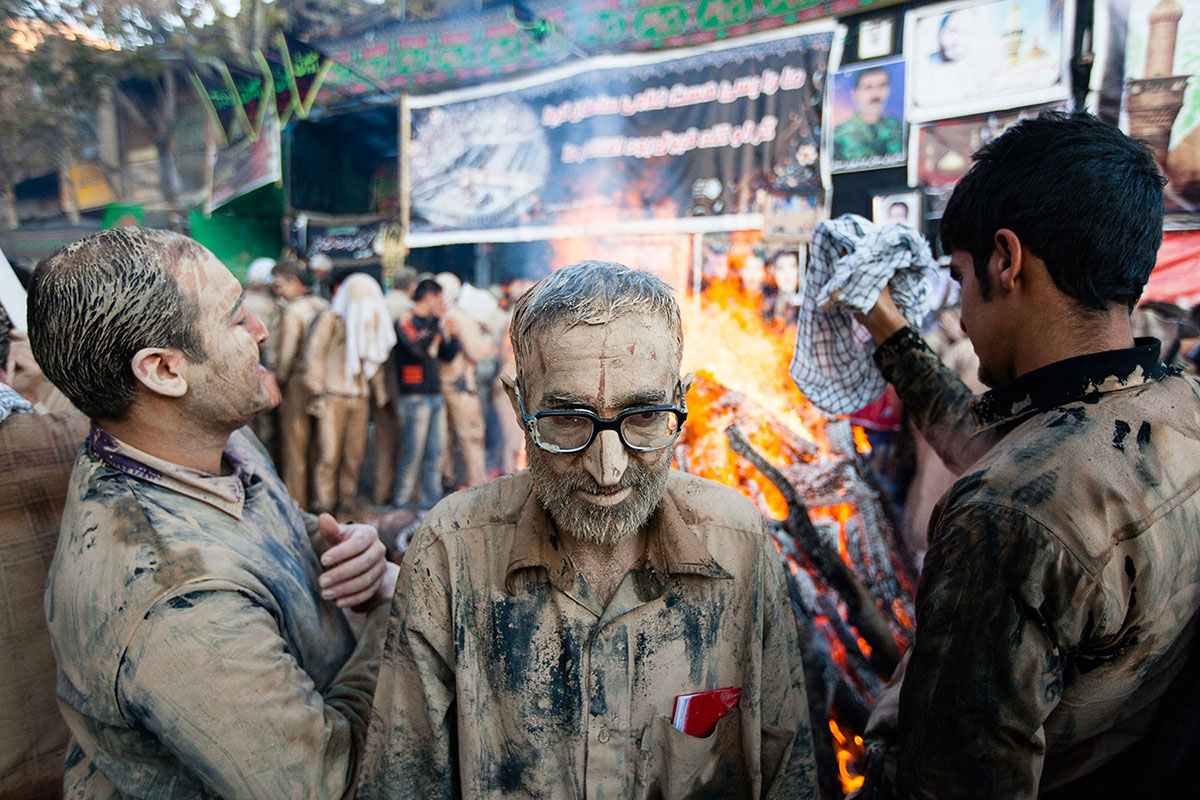 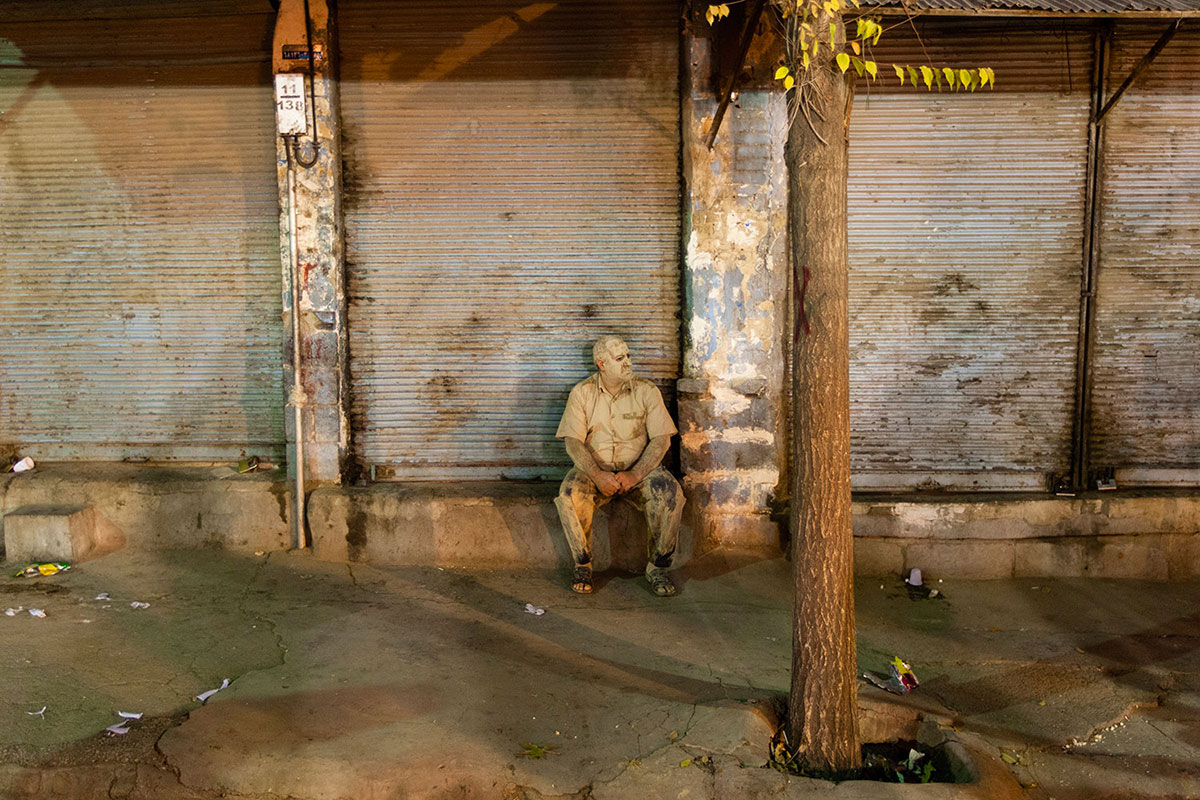 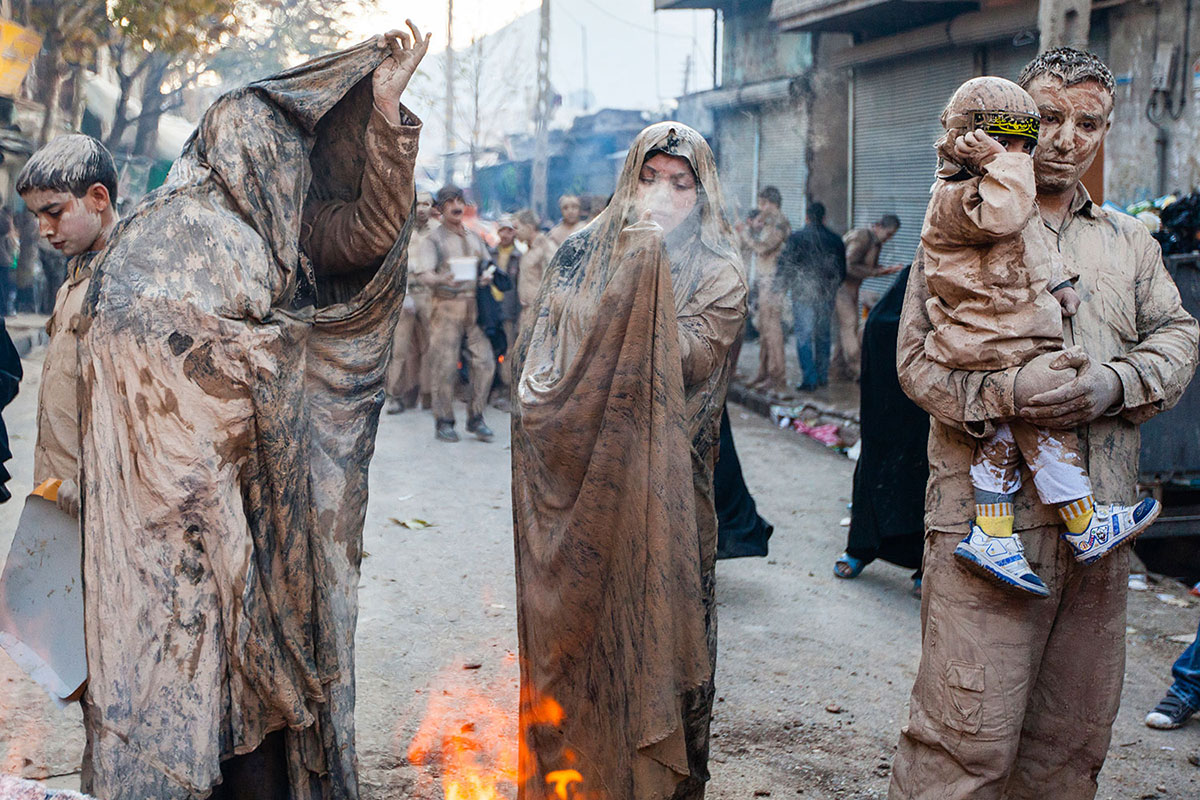 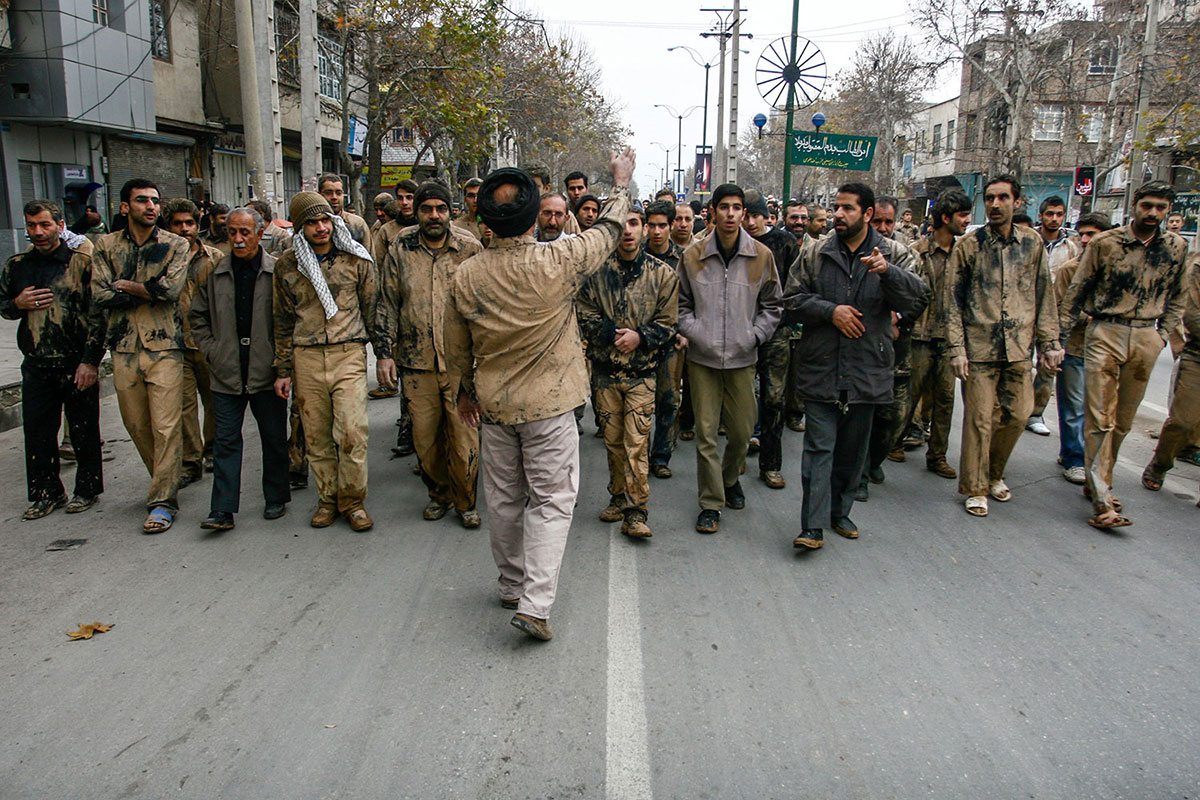